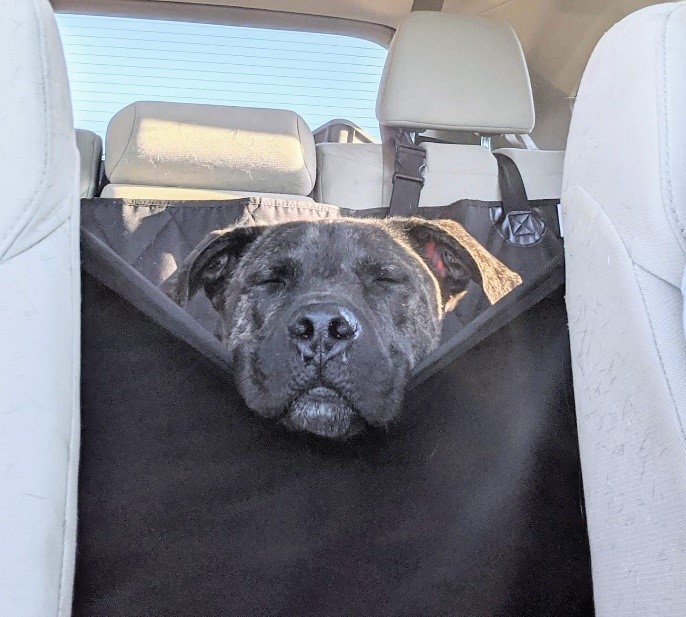 Shelter life is often stressful and can lead to a dog’s behavior deteriorating rapidly, but Friends of Indy Animals has some wonderful programs giving dogs a much-needed break from the shelter and helping them on their way to getting a new lease on life!

Keanu really struggled while he was at the shelter. While he was a staff and volunteer favorite, he became really difficult to get back into his kennel after each walk and as a result, became mouthy. Who could blame him? After being adopted and returned to the shelter, Keanu was extremely stressed. All of these factors put him at risk of becoming unadoptable. Thanks to Friends of Indy Animals and Paws and Play Pet Resort and Training Center, Keanu was able to get some much-needed time away from the shelter. During this time, the staff at Paws and Play worked with Keanu so he could put his best paw forward while enjoying daily playtime and relaxation. Guess what?! It worked! Keanu was adopted and is doing great!

“Getting him might’ve been the best thing for both of us. Can’t imagine him not being stuck to me 24/7.”

Want to help us save even more lives? Donate to help support our Lodge and Learn program.